Religious Freedom in the World Report 2014

The fall of the Yanukovych government caused major challenges in Ukraine.

In China places of worship have been destroyed and ministers arrested.

Muslim and Christian leaders are working together for peace in the Central African Republic.

General freedom of worship is often set aside as mobs attack on the pretext of blasphemy.

In Israel attacks on religious sites have been carried out by members of the "price tag" movement. 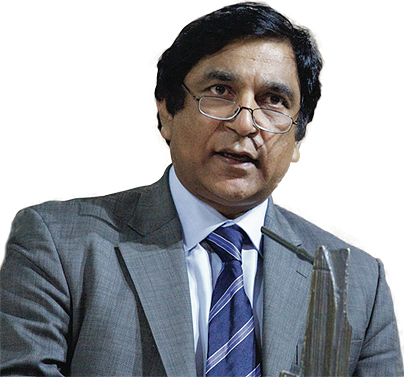 The cause of religious freedom is one that has changed my family’s lives and mine forever.

It was a rainy morning on the 2nd March 2011, when my brother Shahbaz Clement Bhatti, then Federal Minister for Minorities in Pakistan, was killed in broad daylight. His determination to stop all kinds of injustices and to protect the oppressed and marginalised communities cost him his life.

When Shahbaz was killed, I had a choice to either continue the life I had in Italy, or pick up the baton left by my brother and continue the task he had set himself. My conscience left me in no doubt; I believe I was directed by God to continue his vision and mission, protecting those whose basic human rights are too often violated because of discrimination, extremism and religious hatred. Consequently, I took up the role of Federal Minister of National Harmony and Minority Affairs in the Pakistan Government, as well as the Chairmanship of All Pakistan Minorities Alliance (APMA). This was established by my late brother with the aim of ensuring that all religious minorities have a voice on one platform. Simultaneously, I established the Shahbaz Bhatti Memorial Trust, so that the legacy of my late brother would continue to promote religious freedom, human equality and social justice.

I never thought that I would come to work in Pakistan after setting up my medical practice in Italy. I would have been compromising personal and professional freedoms that I enjoyed. That being said, one month before Shahbaz’s death, we had a very significant discussion and he asked me to come and work in Pakistan. I thought he was joking at the time and replied: “You are calling me from paradise to hell.” He immediately replied: “The way to paradise lies in Pakistan.” His strong, unwavering conviction and discussion with me always was that non-involvement is not an option; we are obligated being one human family to struggle for those who are too weak to speak and defend themselves.

I am so grateful to Aid to the Church in Need (ACN) involvement for undertaking this important task of assessing situations of religious freedom around the world. Nobody should have to suffer physical violence and psychological intimidation for declaring what they hold dear and adhere to. Religious freedom is a right and a responsibility that involves everybody; all of us are entitled to express our beliefs, respecting the faith of each other.

Religious freedom is by its nature a right for all, equally shared, and that is why I commend ACN’s International Religious Freedom in the World Report for looking at and assessing the situation over a broad cross-section of faith groups in countries throughout the world. In so doing, this report challenges people to think afresh about this fundamental right, which is central to a free, fair and flourishing society. It is the most critical need of the moment in a divided world where, in some parts there is a religious revival and in others, a trend towards religious indifference and atheism. In an increasingly polarised world, a growing consensus about the nature of and respect for religious freedom could prove crucial in our struggle against fanaticism and a culture of violence, be it by the State, extremists or by terrorist groups.

Aid to the Church in Need is a Pontifical Foundation of the Catholic Church. Each year we fund around 5,000 projects in over 140 countries around world, helping to support the Church in its mission, and bringing hope and solidarity to millions of people. Find out more